Listen to Episode 12 of the Experience Magazine™️ Podcast with Dan Moore of Southwestern. 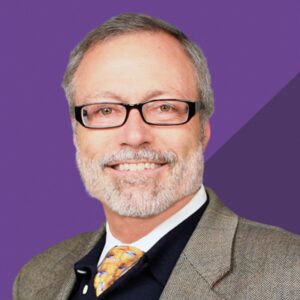 He started in the business world the same way tens of thousands of others over the years have – as a university student running his own business in Southwestern Advantage’s summer sales and business leadership program. He paid his Harvard tuition by selling Southwestern Advantage products door to door and building sales teams.

Dan proudly served in Southwestern’s most important role, District Sales Leader (DSL). He went on to pioneer several new roles in the company including developing new profit centers. He was named President in 2007. From student intern to president, he has never worked anywhere else.

In all, he has trained more than 100,000 people how to sell, how to lead, and how to get on the path toward achieving their goals in life. He lectures frequently at colleges and universities across North America and Europe and is a guest lecturer at Vanderbilt’s Owen Graduate School of Management. He is also the host of TEDx Nashville, which has more than 1,500 audience members.

In his spare time, he enjoys traveling (so far, he has logged more than 6 million air miles and has been in 49 states and 59 countries), plays guitar and piano, and is an avid runner. He has completed 24 half-marathons since the age of 51 and completed the New York City Marathon when he was 56, finishing in the top half of 46,000 runners. He and his wife, Maria, have been married for 43 years, and recently climbed the highest mountain in Portugal together. They have three adult children and one granddaughter, who everyone knows is the most beautiful child in the world.